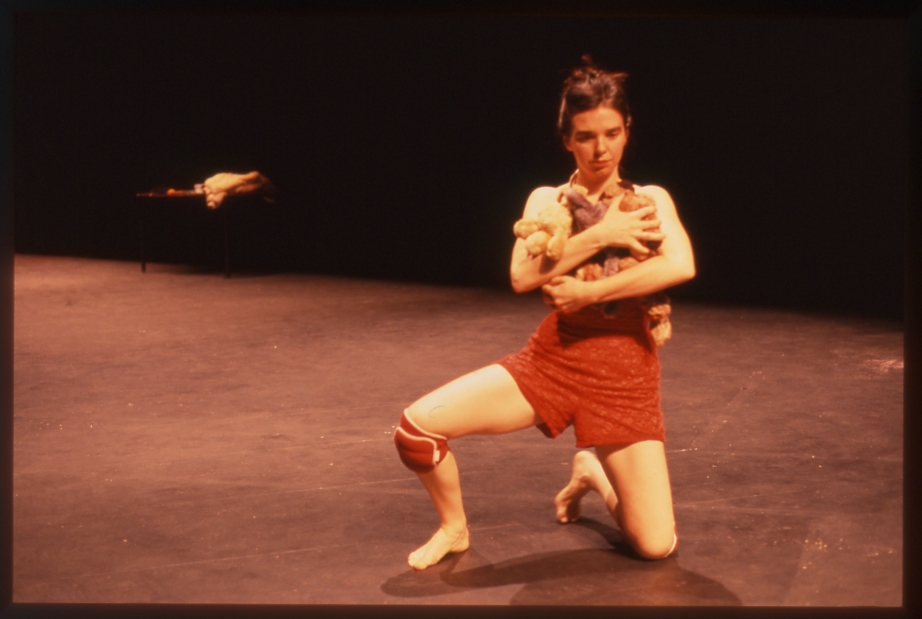 Intensive research period where Surman pursued her working practice, which is based on the development of a strict set of conceptual principles, which form the framework for improvisation. During this improvised time a series of ideas are brought together through play, and cannot anticipate a predetermined outcome. She refuses to consider material, which is brought into the process through a desire to realise a precluded event or image.

The work can be seen as two solo’s, which are constantly interrupted each other. One solo is happening in front of you, the other is from another time. You are in the only common ground: a refuge for Grace when we see Nic, Grace comes off stage into Nic’s onstage, Nic’s downtime is when Grace is resting. This confusion of who is really performing is something that seems important.

It meditates on ways to occupy (temporarily) or own (simultaneously) an identity, a name or a label.

“I will mainly be on my knees, singing, eating and putting my clothes on.”

“Eclectic and humorous in style, Surman’s work hides a dark heart of passion and truth that is hard to ignore. Memories beautiful and sad, funny and dangerous – memory, like a flower that begs to be touched only to barb you with its thorns.”